With Christmas less than two weeks away it is high time to start dreaming about all those presents under the tree. And like any true bibliomaniac I am hoping most of the packages are hard and shaped like rectangles. All year I have been reading about the many amazing books being published, and while I have read some of them, most have stayed out of my reach. So, I can always hope that before the year ends a couple of them have found me after all.

Is there anything better than a beautiful book with well developed complex characters? A book that transports you to times and places far away and allows you to understand them? A book that teaches you something new about what it means to be human? 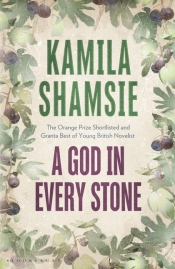 “Evokes the past beautifully … a moving story of love and betrayal, generosity and brutality, hope and injustice, full of characters that stay with you … A God in Every Stone will surely confirm Shamsie’s increasing eminence in the British world of letters” – Tabish Khair, Financial Times

One book I would definitely love to have is A God in Every Stone by Kamila Shamsie. I have loved Shamsie’s work since I first read Kartography many years ago and her latest book, set in 1915 promises to be no less brilliant. It tells the story of an Englishwoman working on an arheological dig and a Indian soldier fighting on the Western front, who meet on a train to Peshawar.

“Potent. . .Tells a searing and soaring story of two women bound together as mistress and slave. . .a beautifully written book about the awe-inspiring resilience of America’s enslaved people. It’s a provocative reminder of why slavery’s wounds still scar the country 250 years later.” —Patty Rhule, USA Today

The Invention of Wings by Sue Monk Kidd is a novel about slavery and the empowerment of women. For her 11th birthday Sarah is given a slave called Handful. It is a present she does not want but is forced to accept. The novel follows both their stories as they strive for freedom in their own ways.

I read the first pages of All the Light We Cannot See  by Anthony Doerr and knew this book was going to be something special. The language is beautiful and the chapters intriguingly short. The book has been described as epic and tells the story of  a blind French girl and a German orphan during the second world war with a subplot about a stolen (cursed?) gem stone. Intrigued? I am!

In The Rise and Fall of Great Powers by Tom Rachman we meet Tooly, the owner of a bookshop, who has a strange and mysterious past. She was taken from her home and raised by a score of quirky characters, who took her around the world. But who were they? Tooly has never figured out the truth which has troubled her all her life, until she finally decides to try to solve the mystery of her past. Sounds like just the kind of strange and curious story I might like.

The past few years have seen me become increasingly intrigued by dystopian fiction. I have not read much of it yet, but I loved reading the future depicted by David Mitchell and Margaret Atwood’s Oryx and Crake. I definitely want to read more novels set in dark versions of the future and this year seems to be a good year for that! 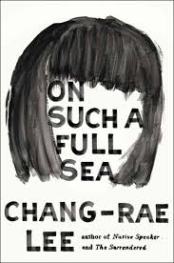 “That voice, with its strange blend of orthodoxy and poetry, wonder and lament, casts the hypnotic spell of “On Such a Full Sea.” Lee has shifted not just the time and the social customs, but the ideals and the language of these people, to produce that uncanny effect of familiarity and alienness that the most troubling dystopian stories share”. -Ron Charles, Washington Post

Among this years dystopian novels On Such a Full Sea by Chang-rae Lee is one of the most interesting ones. Having read Lee previously I already know that he is a talented writer, who will surely be able to create poetry out of this bleak imagined future America. The story is of Fan, a fish tank driver, who sets off to find her missing boyfriend. 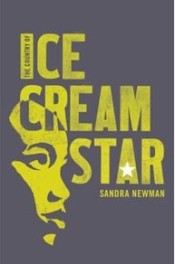 “Sandra Newman has created a language for Ice Cream Star that is unique, both broken down and rapturous, full of powerful feeling as well as laconic toughness, and flashing with gorgeous detail. This is a brilliantly plausible dystopia, a thrilling adventure and altogether an amazing book.”- Adam Foulds

The Country of Ice Cream Star by Sandra Newman is another fascinating novel about a dystopian future. In a world where people are destined to die at the age of 20 from a mysterious illness, the narrator, Ice Cream Star, ventures on a journey to find a cure for her brother.

“Scary, shocking and touching in turns this apocalyptic thriller will enthrall. I haven’t been so buried in a book for a while”. -The Irish Times

Louise Welsh’s latest book, A Lovely Way to Burn, promises to be a page-turner set in an apocalyptic future. A combination of  dystopia and crime fiction. The heroine is searching for the killer of her boyfriend while a pandemic is killing people all around her. Based on a recent reading of The girl on the stairs I know that Welsh is a master of atmosphere.

“An exciting SF thriller but also a rich and deeply felt exploration of the line that separates humans – creatures of love, passion, fear and hate – from mere organic simulations” – Anthony McGowan, Guardian

Echo Boy by Matt Haig is a YA Science Fiction novel about Audrey who is human and Daniel who is an echo – a human-like machine meant to serve us. As many others I am drawn to YA dystopias, perhaps because they tend to be relatively easy reads (for those stressful exhausting times) while being entertaining, but also meditations on being human in a world gone awry. 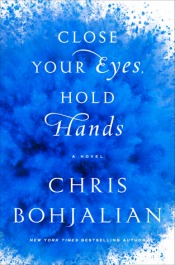 “A chilling and heartbreaking suspense novel for readers who like the poetry of Emily Dickinson . . . Close Your Eyes, Hold Hands is ambitious and poignant thanks to the voice of its teen narrator… It’s a novel about survival and the power of literature and poetry.” – Bob Minzesheimer, USA Today

Close Your Eyes, Hold Hands by Chris Bohjalian tells the story of Emily runs after a nuclear meltdown, which might have been caused by the negligence of her father, who was in charge of the plant. With both her parents dead she hides out, living in makeshift shelters or floors of people who want her no good.

I am intrigued but also slightly intimidated by William Gibson’s The Peripheral. In the novel Fynne is doing a job which is supposed to be about testing a new game. But she was not expecting murder… I have the feeling that techy SF might be beyond my comprehension, seeing that I find much of modern technology hard to fathom. But as I said, I am intrigued…

Crime fiction is a long-time friend of mine. From the Agatha Cristie novels my mother recommended to me in my teenage years to the Nordic noir of today, there are times in my life when what I need is a good mystery. While I love a good yarn, the best crime fiction is more than just a mystery. Crime fiction can be a powerful way of exploring issues in society and the circumstances that lead to violence. 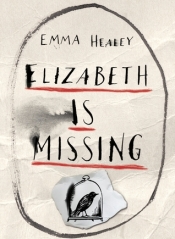 “…both a gripping detective yarn and a haunting depiction of mental illness, but also more poignant and blackly comic than you might expect from that description… perhaps Healey’s greatest achievement is the flawless voice she creates for Maud.”- Observer

In Elizabeth Is Missing by Emma Healey, the narrator and detective is Maud, an old lady with dementia. The premise is intriguing. How do you solve a mystery when you only remember in patches? Underlying the mystery of the title is another mystery, that of the disappearance of Maud’s sister many years ago. 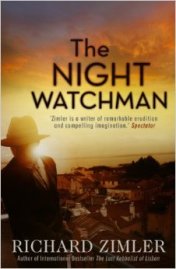 “The Night Watchman keeps the reader absolutely riveted to the story. This is Zimler’s best novel: tightly constructed, driven by realistic dialogue, and with all the action held together in a web of keen psychological insight.” -Sabado (Portugal)

The Night Watchman by Richard Zimler sounds like exactly the kind of crime novel I like. A dark mystery which explores the circumstances that give rise to crime, and leads the detective to think about his personal life. I read Hunting Midnight many years ago and remember enjoying the story a lot.

“An unconventional crime novel, a thrilling literary novel, and a book which will stay with you forever.” -Crime Fiction Lover blog

The Investigation by Jung-Muyng Lee was written originally in Korean and tells the story of a prison guard investigating a murder at Fukuoka Prison in 1944. One of the prisoners is the poet Yun Dong-ju, and many of his poems are interspersed in the text. So, not only a crime novel, but an ode to poetry as well!